Liana started singing at the age of 9.

Performing at taverns, fado houses and stages of national theaters. She was the first 2 times winner of the “Grande Noite do Fado” at Lisbon Coliseum, the most important fado national contest.

However chance and curiosity made her visit other worlds. She then, was the winner of “Festival RTP da Canção” the national song context towards Eurovision,  was an actress in musicals, playing the main role, Amália, in a play about the life of the Fado Diva Amália Rodrigues, which turned out to be the most successful play ever in Portuguese history.
Later was the unforgettable soloist in a world music band, where, with the Stockholm Lisboa won international awards and excellent reviews in several European countries.

But Liana met and sang the traditional fado since childhood. And alongside her musical varied paths, always respected and cherished the desire to one day return to the “roots”.

This “Lullaby” marks that return where Liana also uncovers herself as author and composer.

A genuine dedication to her old song, now matured, with the full colors of other countries, an adult of age, of stories, of the world, embracing causes such as aging, animals and citizenship voice.

“Lullaby” – in Portuguese “Embalo” (to lull), recreates in a word Liana’s body expression when she sings fado. Eyes closed, the body cradling her voice in gentle movements, a ballet of fingers playing an imaginary instrument. Maybe the strings of the soul.

Carried by the melodies of the young musicians António Dias, Nelson Aleixo and Francisco Gaspar, this is the return of Liana solo, after a path full of national and international successes. Now showing the general public where Liana grew her roots, where she shows, unequivocally, how she loves, how she dreams.
And makes us dream. 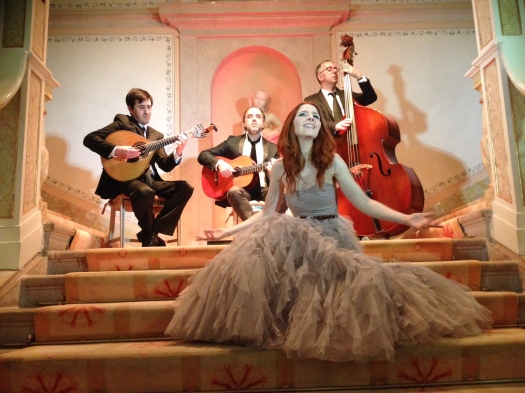